Trending
You are at:Home»Higher Education»After Years of Increases, College Tuition May Have Plateaued 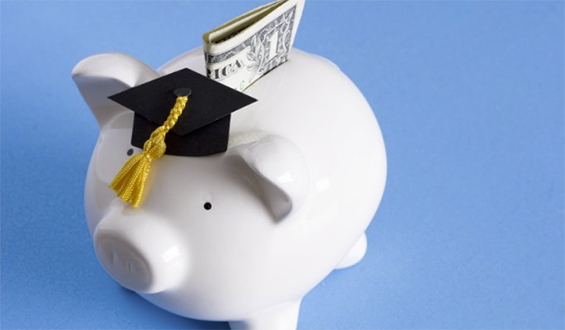 A new report released by the College Board suggests that college tuition prices seem to be reaching a plateau after decades of increases that have resulted in students paying 40% more than their predecessors did 10 years ago.
The report takes a detailed look at the prices charged by institutions across the country for the 2015-16 school year.  Also taken into account were how those costs have changed over time, as well as how they varied at different locations.
Researchers found that tuition rose 2.9% for the 2015-16 school year for in-state students at four-year public schools, which holds steady from the percentage last year.  However, once the numbers were adjusted for inflation, it was found that tuition rose 2.7% this year compared to just 0.9% last year, writes Douglas Belkin for MarketWatch.
In-state students are currently paying an average of $19,548 for tuition, fees, room and board to attend a four-year public university.  That cost is up from the 2013-14 school year when the average student paid $18,931.  Private school costs rose as well, up $1,476 from an average cost of $43,921.

“Prices have been increasing for a long time faster than the rate of inflation, but they’re not accelerating,” said Sandy Baum, co-author of the College Board’s report. “Prices just always go up faster than average prices in the economy.”

The annual cost to attend a four-year public university was found to have increased by $5,000 since 2005-06, while it was found to cost $9,000 more to attend a four-year private institution in inflation-adjusted dollars.
Because of this, students who took out loans to gain a bachelor’s degree in 2014 graduated with an average of $28,950 in debt, 56% more than their peers did who graduated 10 years beforehand.
Net costs were found to vary by student circumstances.  In 2011-12, 62% of students whose family income totaled $30,000 or less received enough aid to cover their tuition and fees at a four-year public school, according to the College Board.  Meanwhile, only 8% of students whose families made over $106,000 per year had a free ride, writes Belkin.
In addition, the report found that the median family income for a family of four throughout the country actually decreased by 0.2% between 2005 and 2011 when adjusted for inflation.
Despite the increasing tuition costs, it was discovered that families are taking on less debt than they have in past years.  Total borrowed dollars amount to $106 billion for 2014-15, down 6% from the year before and down 14% from 2010-2011 when a total of $124 billion was borrowed for college costs.
Baum said that a decline is being seen in borrowed money because college enrollment is dropping.  Grant aid remains at a steady pace.