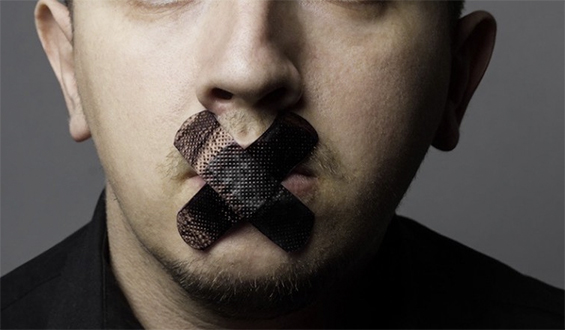 In what some are calling a “Yale Fail,” students at the Ivy League university’s were recorded on video as being happy to sign away their First Amendment Rights to filmmaker and satirist Ami Horowitz.
In an effort to show just how little people understand and care about their rights, Horowitz quickly convinced a large number of students to sign a petition to remove the rights protected by the First Amendment – one of which is, ironically, the right to petition.
According to Anna Giaritelli of the Washington Examiner:

“Director Ami Horowitz oversaw a hidden camera project on the campus of Yale University to see if students could be tricked into thinking the country should do away with the First Amendment, which provides the freedoms of speech, religion, assembly, press and petition. Within an hour of launching the project, Horowitz collected more than 50 signatures from students who were willing to dismantle the Constitution.”

As Fox News explains, Horowitz was trying to understand how much controversy existed in America’s colleges over the right to free speech. So he chose one of the most prestigious campuses in the nation, Yale University, to carry out his experiment. Horowitz shared that he decided that the debate on freedom speech should be taken “to its logical conclusion,” so he asked the students at Yale to sign a petition to eradicate the First Amendment. The results, in his words, were an “unbelievable display of total stupidity.”
Comments from the students of one of the top universities in America were shocking to some, Steve Guest from the Daily Caller revealed. After being asked to “blow up” the First Amendment, one of the students expressed how “fabulous” the idea was and expressed his total agreement at the idea of obliterating America’s freedoms of speech, religion, assembly, petition, and the press. Another student felt that the whole thing was “excellent,” and added that they “loved it.” Others shared with Horowitz that what he was doing was “really awesome.”
The First Amendment (Amendment I) to the United States Constitution prohibits the making of any law respecting an establishment of religion, impeding the free exercise of religion, curtailing the freedom of speech, infringing on the freedom of the press, interfering with the right to peaceable assembly or prohibiting the petitioning for a governmental redress of grievances. It was adopted on December 15, 1791 as one of the ten amendments that constitute the Bill of Rights.
Unfortunately, the Yale students didn’t seem to understand the rights that they had, as they literally spoke out their beliefs and signed a petition giving up their rights to speak out and sign petitions.