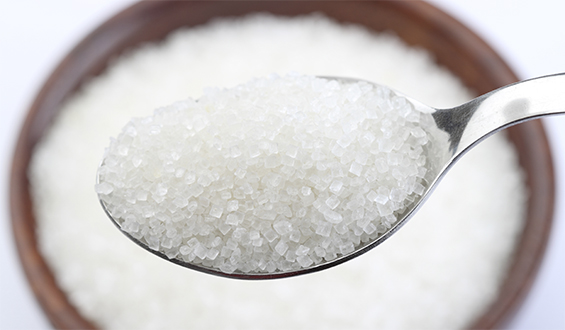 Researchers have found that cutting down the sugar in obese children’s diets helps reduce several metabolic diseases in only ten days, including high blood pressure, high glucose, excess fat around the middle of the body, and high cholesterol levels. These conditions can lead to heart problems, stroke, and diabetes, writes Stephen Feller for UPI. These diseases are also affecting children said researchers because of increased obesity and other diseases that can be caused by inadequate diets. Scientists found that restricting sugar but continuing usual caloric intake reduced symptoms of metabolic diseases and even contributed to weight loss.

“When we took the sugar out, the kids started responding to their satiety cues,” said Dr. Jean-Marc Schwarz, PhD a researcher at the College of Osteopathic Medicine at Touro University California, in a press release. “They told us it felt like so much more food, even though they were consuming the same number of calories as before, just with significantly less sugar. Some said we were overwhelming them with food.”

The study used 44 children between 9 and 18. Twenty-seven of the children were Hispanic and 16 were black. All the children were obese, and all showed signs of metabolic syndrome. The subjects ate a special diet for nine days that supplied protein, fat, and carbohydrates but minimized sugar from 28% of their intake to 10%. The sugar taken from the kids’ diets was replaced with bagels, cereal, and pasta, but portions of fruit were still allowed. Researchers deliberately filled the diets with “kid food” such as turkey hot dogs, potato chips, and pizza. After ten days, blood pressure, triglycerides, bad cholesterol, fasting glucose decreased and liver function improved. There was an average of a 1% body weight loss during the study because the children’s caloric intake was increased to sustain weight during the run of the study. The study was published in the journal Obesity. According to Medical Xpress, lead author Robert Lustig, MD, MSL, a pediatric endocrinologist at UCSF Benioff Children’s Hospital San Francisco, said:

“All of the surrogate measures of metabolic health got better, just by substituting starch for sugar in their processed food—all without changing calories or weight or exercise,” said Lustig. “This study demonstrates that ‘a calorie is not a calorie.’ Where those calories come from determines where in the body they go. Sugar calories are the worst, because they turn to fat in the liver, driving insulin resistance, and driving risk for diabetes, heart, and liver disease. This has enormous implications for the food industry, chronic disease, and health care costs.”

This study is a part of a large amount of research that shows how harmful the approximately 22 teaspoons of sugar are for US citizens who eat or drink them every day. The source is mostly sodas and processed food. The food industry has been mandated to change food labeling and is the target of efforts to tax or legislate the oversizing of sugary drinks, writes Victoria Colliver for the San Francisco Chronicle. Not surprisingly, the Grocery Manufacturers Association was not in agreement with the study’s design or results. They said the sample size, which required each participant to have at least one chronic metabolic disorder, made for irresponsible conclusions if applied to the general population. The trade group’s chief science officer, Dr. Leon Bruner, stated that further research was needed to determine long-term effects of the dietary changes recommended by the author of the study. But Schwarz countered by saying the food industry is only interested in profits. Schwarz found similar results in a study released this year involving a small group of non-overweight to moderately overweight adult men. Lustig, who is also president of the nonprofit Institute for Responsible Nutrition and author of Fat Chance, said that this study paves the way for more studies that dig even deeper into the reasons for metabolic syndrome. The research team said the study showed that sugar was harmful to the metabolic system, not because of the calories it contains, but because it places strain on the body, says The Telegraph’s Laura Donnelly. In the UK, Prime Minister David Cameron said that he does not want to tax sugary foods, but that he does support clamping down on advertising and marketing techniques that exacerbate obesity.