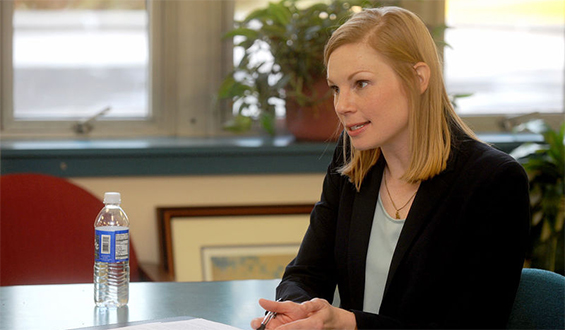 Missouri State Auditor Nicole Galloway has announced that two new audits will be implemented by the state to publicly-funded universities, including one to look into the administration at the University of Missouri’s system.
While one audit is expected to look at the spending policies set up by the UM System president and the Board of Curators, the other will consider college affordability.  Galloway said the new actions come as part of an ongoing effort to audit higher education.  Two other audits of Missouri higher education are currently underway, writes Ellen Cagle for The Missourian.
Galloway went on to say that the audits are not meant to specifically target UM, nor was it caused by a single event on campus.

“We keep current events and what we see in the news in consideration,” she said. “It’s not one singular thing, but a collection of reports and instances that we take into consideration.”

A news release states that the audit concerning college affordability will examine the adherence of state universities to the Higher Education Student Funding Act.  Each school has a governing board in charge of determining tuition rates, and the act limits how much a school can charge based on inflation.  All 13 four-year universities in the state will be considered in the audit.
UM has the most funding for state colleges and universities, receiving over $434 million for the current fiscal year.  At the same time, the administration has experienced turmoil as President Tim Wolfe resigned on November 9 in the midst of Columbia campus protests concerning racial relations, writes Rudi Keller for The Columbia Daily Tribune.
Interim UM President Mike Middleton released a statement on the issue, saying the system is open to an audit and will be as transparent as it can concerning its operations.

“The University of Missouri System prides itself in being excellent stewards of the resources entrusted to us, including taxpayer, donor and tuition funds, which has been demonstrated by the $77 million saved by the UM System due to efficiencies and effectiveness measures in just the past two years alone,” Middleton said.

Two audits of higher education in Missouri began last year and are still underway.  One of these is looking into the distribution of funding to various universities.  Currently, funding is offered based on graduation rates and student advancement, among other factors.
Meanwhile, the other audit is examining the Missouri Department of Higher Education and its compliance with the law as well as its management practices.
Galloway expects the two audits that began in 2015 to be completed by the end of this year.  A time frame has yet to be determined for completing the two new audits.
The recent decision comes at the same time lawmakers in the state are considering a bill that would require Galloway’s office to audit the entire university system each year.  She currently holds the power to audit colleges and universities, although state schools have not previously been included on a regular schedule.