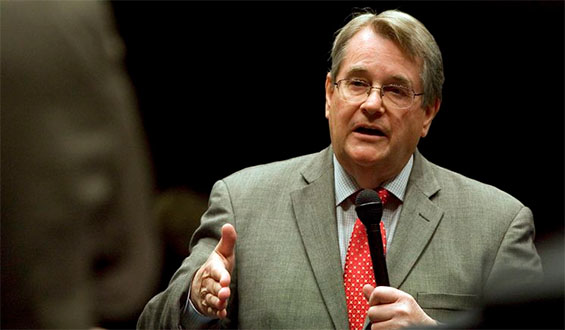 There is no plan in place currently for Florida legislators to rehaul the Florida Standards Assessments during this session, but they may consider allowing students to take other tests such as the ACT or SAT in place of the FSA.
A new plan was filed last week by Sen. Don Gaetz (R-Niceville) that would allow students to use “rigorous alternative assessment options” in place of the FSA, which was poorly-received during the last school year. The result was increased disfavor of standardized tests and high-stakes exams, reports Kristen M. Clark of the Miami Herald.

“The FSA has been, at best, a mixed bag,” Gaetz told the Herald/Times last month, as he was drafting his proposal. “The implementation problems associated with FSA have eroded the public’s confidence in the result. The fact that the FSA was developed by an entity that is not well known and is therefore not well-respected by the public has had a negative consequence.”

The senator’s plan gives parents and students a choice of several assessments for measuring students’ knowledge on given subjects, such as various ACT exams for third grade through high school, pre-SAT, SAT, Advanced Placement tests, and industry certification exams, along with other choices.
Although there are some lawmakers who agree with Gaetz’s plan, State Education Commissioner Pam Stewart was initially against the idea. She noted that the national standardized tests were not aligned with Florida Standards, which are based on Common Core, and which the FSA test was created to measure.
Another downside to the proposal is that the state would be unable to compare districts, schools, or classes across Florida because students would not be taking one uniform test, she said.
The bill, SB 1360, would change the 3 million FSA math and language arts exams taken by students last spring to a menu of alternative tests to be administered in their place beginning in the 2016-2017 school year.
After many superintendents were disappointed in the FSA’s debut last year, they questioned whether there was a need for a change in the testing protocol that determines if students are promoted to the fourth grade and if they graduate from high school, reports the Orlando Sentinel’s Leslie Postal.
The frustration came after computer crashes, cyber attacks, and the time used for taking the FSA made the test-taking unruly.
Recently, several states have opted to give the ACT and the SAT as state exams to high school students.
Sen. Bill Montford (D-Tallahassee) said last week that he supported Gaetz’s proposal, and added that he suspected that most superintendents would as well. Montford is also chief executive officer of the of the Florida Association of District School Superintendents.
Tia Mitchell of The St. Augustine Record says lawmakers expect the 2016 session to be much less acrimonious than last year’s session, and they added that no extra time would be needed to get the state’s budget passed.
As far as education is concerned, the main issues to be addressed include increasing per-pupil funding in public schools, continuing a controversial program that rewards teachers based on their ACT or SAT college admission scores, and expanding educational opportunities for students with disabilities. There will also be discussion concerning Sen. Gaetz’s changes to the high-stakes testing system, along with any other ideas on that subject that may be presented during the session.