Trending
You are at:Home»Education Policy»Office of Civil Rights to Investigate Pinellas County 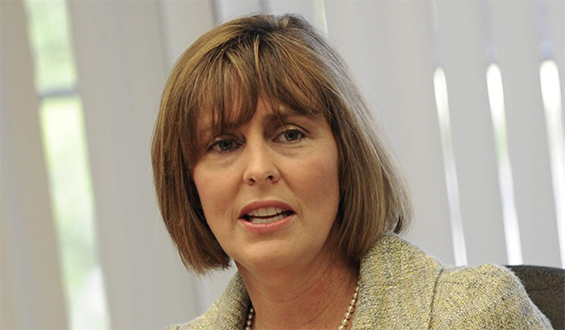 (Photo: The Tampa Tribune)
The United States Department of Education has announced it will be performing a civil rights investigation into whether the Pinellas County School District has been routinely discriminating against black children enrolled there.
The federal agency wrote a letter to US Rep. Kathy Castor stating that the Office of Civil Rights in Atlanta would be looking into whether the school district was in compliance with Title VI of the Civil Rights Act of 1964, which prohibits “discrimination based on race, color or national origin by recipients of financial assistance from the Department.”
Castor agreed that the agency should be looking for answers. She previously pushed for the Department to look into spending by the district during a “crisis in our local schools.”
According to the letter, the review will take a look at whether the district has in fact been discriminating against African-American students in terms of providing access to courses, programs, and extracurricular activities.

That includes “access to foundational courses that are essential to prepare students to take rigorous courses in high school and to provide them with the skills necessary for success in college and/or career,” wrote Catherine E. Lhamon, the department’s assistant secretary for civil rights.

The letter, which is available to read in full on Castor’s website, says that investigators will determine if certain students were not given the same access to “effective and qualified” teachers, leaders, and support staff as their peers.
The federal investigation could carry with it some of the harshest consequences the School Board and district leaders have seen to date. If the district is found to be out of compliance with federal laws, they could be required to make a number of changes or risk losing their federal funding, writes Cara Fitzpatrick for The Tampa Bay Times.
Legal experts report that because the investigation was opened by the Department, it means that they are confident they will find something.
A spokesperson for Pinellas County Schools said they did not have any knowledge of the investigation when contacted by ABC Action News.
Superintendent Mike Grego did not respond to requests for comments, and neither did five of the seven members of the Pinellas County School Board.
Meanwhile, Board member Ken Peluso said he welcomed the review, adding that because of the work that has been done in the district over the last couple of years he believes they will be happy with what they uncover.
The investigation comes just after the yearlong “Failure Factories” report from the Tampa Bay Times discovered that the district had re-segregated five elementary schools in St. Petersburg’s black neighborhoods and had neglected them, resulting in the schools being ranked among the worst in the state.
Students in these schools were found to be failing in both reading and math. At the same time, violence was occurring on a daily basis while teachers and principals were frequently changing.

Castor noted, “Every student deserves an equal opportunity to a good education no matter their ZIP code or neighborhood.”