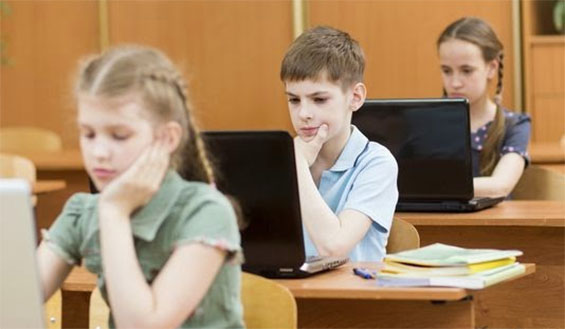 “There’s no question,” said Tony Evers, Secretary of the Wisconsin Department of Public Instruction. “What that tells us is that we continue to struggle in this area. We will be using the information from both the ACT and the Badger Exam to take a look at what schools are doing a good job with typically underachieving kids.”

Evers said that DPI is planning a partnership with UW Madison in order to take a closer look at what is being done at schools that are successfully closing the achievement gap, reports Bob Hague for WRN.  Those practices will be shared throughout the state to “ensure every student graduates college and career ready.”
While the results themselves do suggest that improvements were made during the 2013-14 school year, DPI officials say it is too early to make comparisons because the new scores come from a different exam, with a different scoring mechanism, than was previously used.
The recent release will be the first and last time statewide results for the Badger Exam are seen after the exam experienced a rocky rollout and increased criticism ever since it was first implemented.
The exam, meant to align with Common Core standards adopted by the state in 2010, replaced the previously used Wisconsin Knowledge and Concepts Exam in the 2014-’15 school year.  It was discontinued by Governor Scott Walker in his 2015-17 budget, with plans for the Wisconsin Forward Exam to be used this spring, writes Annysa Johnson for The Milwaukee-Wisconsin Journal Sentinel.
La Crosse parent Dawn Comeau, part of the District-Wide Parent Committee for La Crosse, expressed her frustration with the exam changes her children have experienced in recent years, in addition to the slow turnaround time for feedback offered to parents, saying that by the time parents hear how their children did on an exam they are in a new grade with a new teacher.
Results for the ACT were also released by DPI, with a composite score of 20 on a scale of 36 for juniors, below the 22.2 that was reported in August 2015.  Evers said that was to be expected because this was the first year that all 11th grade students were required to take the exam.