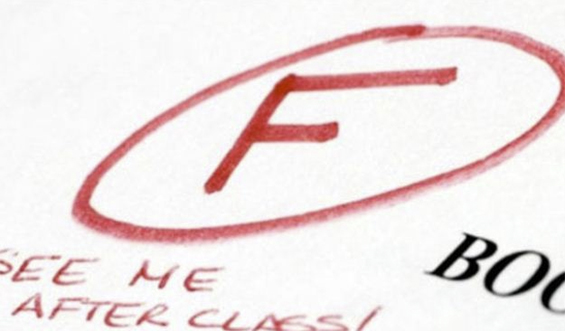 According to recent results from a high school exam taken by students in Washington, D.C., only 10% of public school students who took a new standardized Geometry test and 25% of those who took a new English test met proficiency standards deeming them ready for college after graduation.
Released earlier in the week by education officials, the results also show a large achievement gap, with 52% of white students scoring proficient or higher on the Geometry exam compared to just 8% of Hispanic students and 4% of black students.  Overall, 82% of white students were found to be college ready, while only 25% of Hispanic and 20% of black students held similar results, reports Josh Fatzick for The Daily Caller.
The scores show how students in the area are performing on the new Common Core academic standards, implemented in an effort to increase the amount and depth of material students learn across the nation.  The new Partnership for Assessment of Readiness for College and Careers (PARCC) tests were given for the first time this spring in 11 states and the District of Columbia.
The scores released found only half of the city’s 10th graders to be proficient in math, and only 49% to be proficient in reading for the spring of 2014. Because this is the first year the tests were administered, they will not be used to label schools, nor will they count against teachers on their annual evaluations, writes Michael Alison Chandler for The Washington Post.

“These results are not easy to see and certainly we have a lot of work to do all together to help our students be more prepared,” superintendent Hanseul Kang told reporters.

Kang said that the results should be used by students as feedback concerning the type of support and skills they will need to work on in order to be ready to take on their upcoming college years.

“Too many of our students are unprepared for first-year college course work, even if they are succeeding in high school and graduating,” Kang said. “They get to college and have to take remedial courses.”

While the previously administered exam, the DC CAS, measured skills on both Algebra 1 and Geometry, the PARCC differs in that it is computer-based and course-specific.  Grading for the new exam has five performance levels.  Students who receive a level 1 do not meet expectations while level 5 students exceed expectations.  Students who receive a level 4 or 5 are considered “college and career ready.”
Supporters of the new exam say it will make comparisons easier to assess across district lines as well as with state lines.  However, due to the decrease in state participation, that goal has been difficult to attain.  States continue to drop the exams, expressing concerns over the length and content of the tests, as well as issues with over-testing and the federal government’s role in public education.
Middle school and elementary school scores are expected to be released in mid-November.  In the future, officials say they plan to release scores over the summer.
Families will receive detailed reports in December that show their child’s performance in comparison to other children in their school as well as throughout the district.